view the direct and indirect flights to Sicily

Sicily is easily reachable by plane, car or boat. On this page you’ll find several traveling options. If you want to bring your dog to Sicily, please read the tips mentioned under “traveling with your pet.”

Sicily is easily reachable by plane, car or boat. On this page you’ll find several traveling options. If you want to bring your dog to Sicily, please read the tips mentioned under “traveling with your pet.” 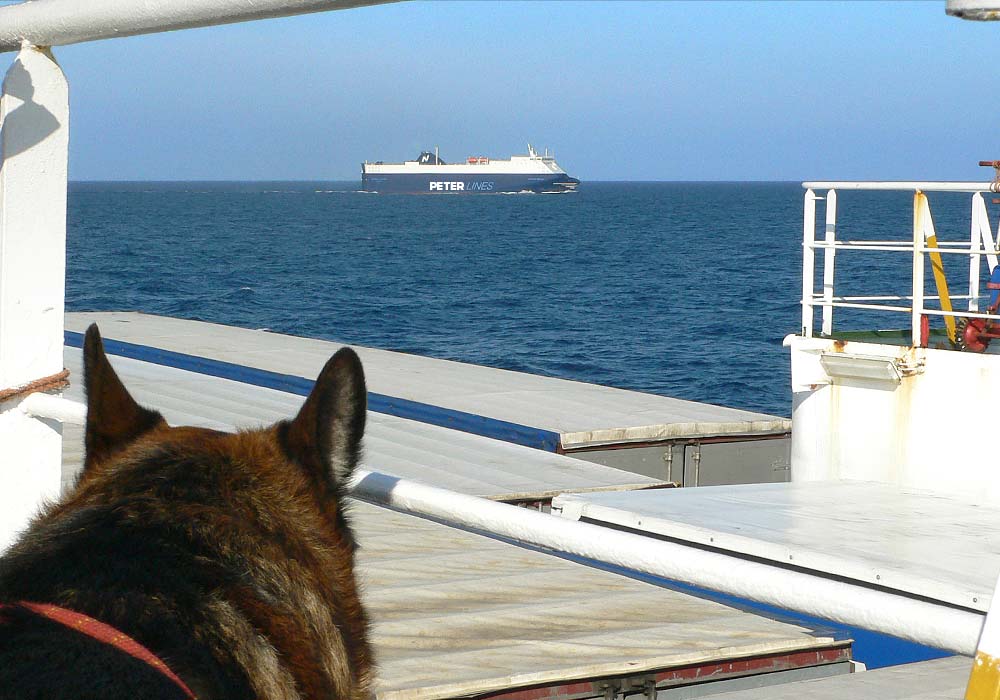 Flights to Sicily
As you will see, Sicily is easily reachable by plane. There are several direct flights from airports all over Europe, but you can also choose an indirect flight through many major European airports. You can fly into Palermo or Trapani, and from both airports you can quickly reach our apartments and holiday homes in the coastal towns of Balestrate, Castellammare del Golfo, Alcamo Marina and Trappeto.

You can find many flights on every day of the week and we don’t use fixed check-in or check-out days in our apartments and holiday homes. This allows you to create the perfect holiday to fit your schedule and travel needs!

Below you’ll find several direct and indirect flights to the sunny island of Sicily (click on the names of the airlines to visit their website): 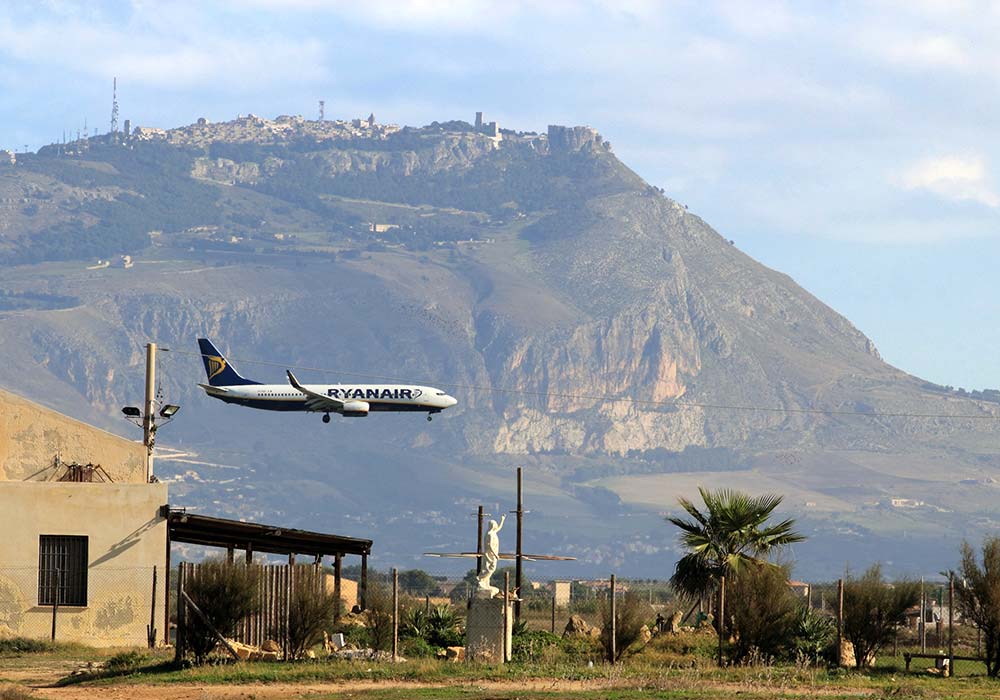 Flights from the Netherlands

Flights from the UK

Flights from the US

Traveling by car
There are several good routes to Italy. No route is particularly better than another, it all depends on what you prefer: enjoying the countryside and taking it slow, or the fastest way of getting there, avoiding toll roads or not, etc.

Some helpful tips and things to consider: If you pass through Switzerland or Austria, you’ll need a vignette (sticker on your windshield). In Switzerland, this is called Autobahnvignette, and it can be ordered here and most likely at the tourist information centers in your own country. The Autobahnvignetteis valid for a year and one month (from December 1 until January 31).

In Austria, the sticker is called Mautvignette, which most likely can be ordered via the tourist information centers in your country. Austria has a slightly different system where you can buy stickers that are valid for 10 days, 2 months or one year (and one month).

If you have’t bought an Autobahnvignette or Mautvignette and put it on the inside of your windshield, you can purchase one at the border. This however, can take a lot of time, so it would be more convenient to purchase one in advance.

Taking a ferry to Sicily
You can take a ferry (nave) to Sicily from the harbors of Genova, Livorno, Civitavecchia, and Naples. The time it takes to arrive in Sicily depends on the harbor you’ve chosen. We prefer the port of Civitavecchia, where you embark in the evening and arrive the next morning in the harbor of Palermo. 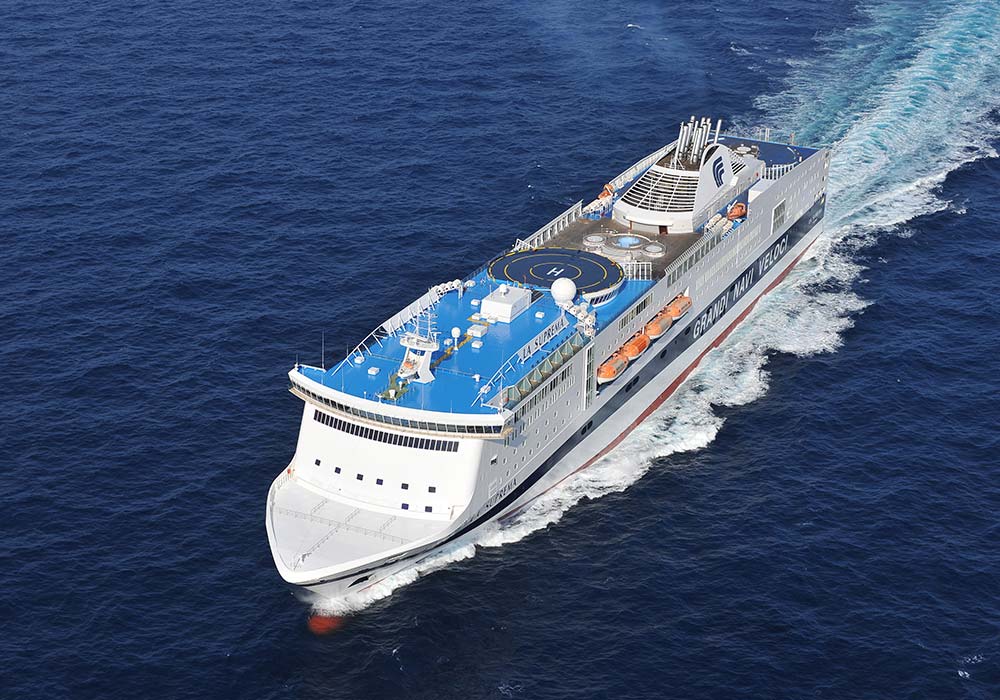 Before you leave
Your pet needs a (European) passport, which is provided by your vet. He or she can also tell you which vaccinations your pet needs. Your dog, for instance, has to be vaccinated against rabies. In addition, an identification chip or tattoo is obligatory.

In the car
If you transport your dog in Italy, you are allowed to keep him/her in the back seat. However, if you are traveling with two or more dogs, then they have to be kept behind a gate or in a pet carrier. This gate or carrier will prevent the dogs from flying through the car in case you need to brake quickly. So if you are traveling with just one dog, these are still a good idea! Keep in mind that the rules for transporting animals can be different in other countries, so please check the rules for the countries you will be passing through before your departure.

The temperature in Italy and especially in Sicily, is clearly warmer than in the north of Europe, so never leave your pet in the car when you are parked in the sun, not even for a couple of minutes! Besides this, make sure your dog or cat always has enough water to drink.

Hotels
Pets are welcome in several hotels close to the highway. Visit for example the website of Accor hotels.

On the ferry
If you haven’t booked a special pet-friendly cabin (clearly the best option for you and your pet), your dog or cat is not allowed in your cabin, which is why the ferries have special dog and cat cabins with several lockable cages. You’ll have to go to the reception to ask for a key to one of these cages. After paying a deposit of 5-10 Euros, you can take your pet to the upper deck where the cages are located.

There are only a few large cages

There are only a few large cages, so if you are travelling with a big dog, ask for the key to the biggest cage they have!

No personnel to watch your pet

There is no personnel to watch your pet, so you have to take care of the food and water.

Dogs can be walked on the upper deck, identified by several signs.

Officially, your dog has to wear a muzzle. If you are like us and don’t want to use the muzzle, at least bring one along. Normally the ferry’s personnel is rather flexible when it comes to dogs not wearing muzzles, unless your dog is showing signs of unsocial behavior of course…

Before leaving the boat you have to return both key and padlock to the reception, after which you will get your deposit back.

Pets are welcome in a few holiday homes and apartments on our website, so please contact us if you are considering bringing your pet to Sicily. 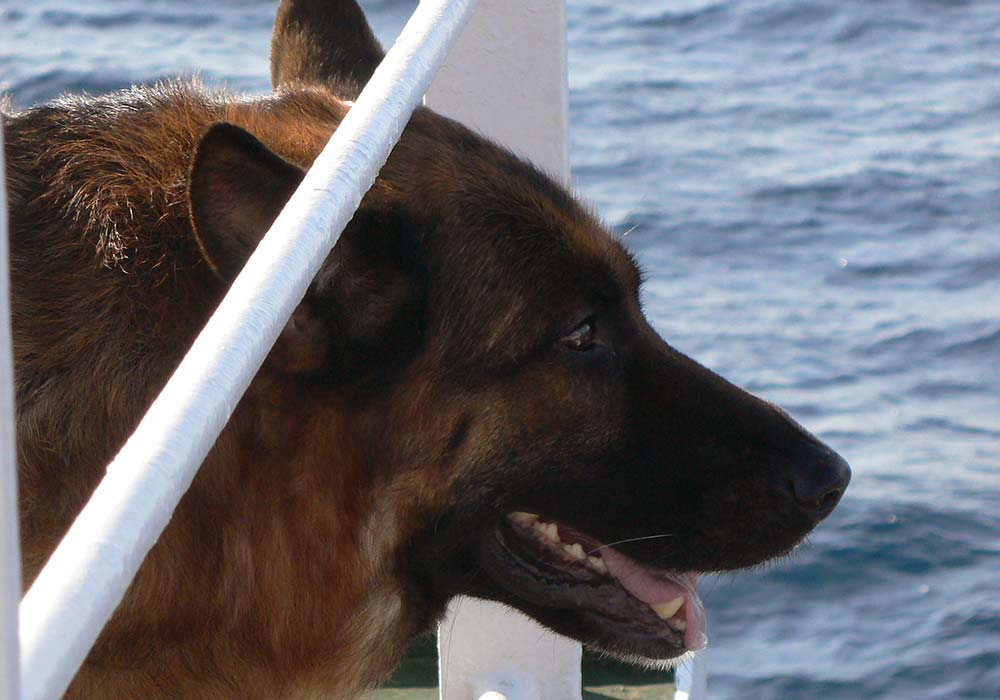